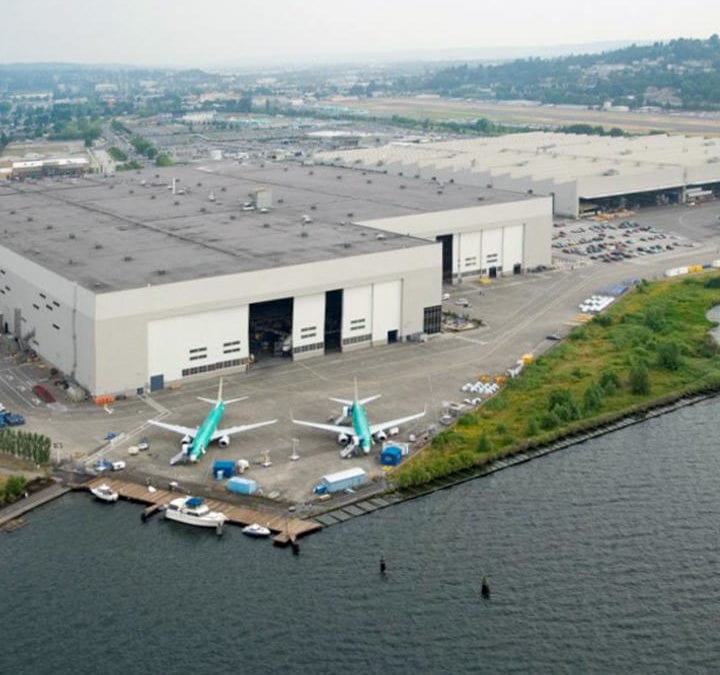 The Boeing 737 Renton Production Facility leads the industry as the most efficient airplane factory in the world and continues to roll out at least 42 airplanes per month.

Challenge: When Boeing was planning a new building to expand their manufacturing capabilities, they needed dependable and efficient compressed air systems to maintain their record production efficiency.

Our solution: Over the course of 3 years, we will be supplying and installing several fixed-speed and variable-speed compressors across multiple phases of commission.

The system provides for a large range of compressed air demand that will often fluctuate based on the plants productivity. During times where demand for air will fluctuate, the 500HP compressor systems provide a steady “base load supply while the 600HP variable speed system follows the profile of the demand to conserve energy. The compressors are able to provide a supply of air ranging from 500 SCFM up to 6,500 SCFM.

This compressor system was designed with the intention to maintain dependability and energy efficiency. The reliability of the Sullair Two Stage Compressor is something Boeing has recognized for several decades and is considered to be a tried and true compressor design by many top engineers in the field of pneumatics.

The first stage of the 4-20 building was commissioned in the summer of 2015. The system is provisioned for a total of five compressors, the second stage of the installation is scheduled and projected to be delivered in late 2016.